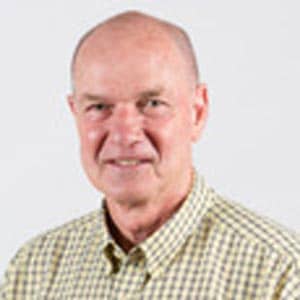 Dr. Don Hebert began with Avalon Hills in 2006. He initially worked as a Primary Therapist and then served as Director of Patient Services for several years. He brought decades of service in the field of eating disorder treatment and the armed services–work that helped shape his unique perspective on program development. In 2010, Don retired. Fortunately, that was short-lived and he rejoined our team in 2013. He plays the role of listener, problem solver and mentor and sits on the Executive Team as a senior advisor. He is now facilitating company growth in research, development and innovation.

Don has been a therapist since 1975 following his education at Southern Methodist University. He received a Doctorate of Theology at the University of Denver. He is a Licensed Marriage and Family Therapist and is board-certified in Biofeedback.

Much of Don’s role involves program development and strategic planning. He is currently coordinating the research and development of brain-based interventions for the treatment of eating disorders. Don has a critical eye and a direct, honest approach to therapy and its innovation. His compassion for humanity runs deep and his years of therapeutic experience lend a wise, knowing approach to most therapeutic situations.

Don is incredibly passionate about learning; he is a voracious reader and a skilled teacher. One would be hard-pressed to find a more committed scholar. When he breaks away from work, he can be found at home reading and spending time with his wonderful wife and their spunky dogs.

Why I Love Avalon Hills

I have had the good fortune to have many opportunities in my life. As a person who grew up in what some would call poor circumstances, I had parents who truly cared. I grew up knowing that there would never be the money to pay for college. I put that out of my mind. But then, as I mentioned, I have had many opportunities. I was granted a scholarship to a small junior college. Sandra was able to get into a vocational nursing program and we lived on the $60.00 per month that came as a stipend with her training. I worked hard picking vegetables for the school cafeteria and Sandra got her license as a LPN. We worked together and I went on to complete a bachelor’s degree in two and one half years.

My degree was a stepping-stone to the Air Force where I served for nearly six years as a pilot flying rescue missions. It was a rewarding job but it did not satisfy something that was calling me at a deeper level. I discharged from the Air Force to pursue a calling as a minister in the United Methodist Church. I completed my masters of theology degree, which normally takes three to four years, but, again, I completed it in two and one half years by means of an enormous amount of discipline and dedication. It was worth it for it opened the door to ministry devoted to helping others. I went on the complete a four-year doctoral program in pastoral counseling. This would prepare me to meet the complex needs of the people I would be serving. It was a high calling. I stayed in that ministry for 18 years – until it became apparent to me that the preservation of the institution was more important to the organization than the mission to care. With great sadness, I made a decision to leave the ordained ministry and move full time into clinical work as a marriage and family therapist.

After a number of years in a private practice I had to make another critical decision. Managed care was making it so difficult to maintain my practice that I decided to close it and move on. This was my first battle with insurance and what it does and does not do for patient care. After a year or so I was able to find a job in a private psychiatric hospital in Flagstaff, Arizona. I took the only job available to me at the time – a direct care position. I was later promoted to a therapist position, then lead therapist and finally director of the clinical department. The company went through a buyout and with the transition came dire consequences for patient care. Companies do not buy other companies for the good of the people they serve. They do it to make a profit. It is just business.

I left that position to take a job in a residential eating disorder facility in Wickenburg, Arizona. This was a Christian based treatment facility that I felt would work well with my background and training. I was still drawn by my calling to be of service to those in need. Again, the company went through two buyouts in the time that I was there and, again, the transitions did little to help patient care. By that time I was eligible for retirement so I retired. Within three months I was working again in a drug and alcohol treatment facility. I just couldn’t let the calling to serve go into retirement. Yet again, there was a radical change of command with the organization. Again, there were changes in patient care.

Sandra had already moved to Utah because we felt housing was more reasonably priced and I began to look for a job in Utah. There was only one advertisement for an eating disorder therapist – Avalon Hills. I interviewed and accepted a position as a therapist. Immediately, the dedication to the mission of treating to outcome became apparent. Here was an organization that put patient care above all else. I felt I was at home. Before long I was offered a position as assistant director of patient services. Later I was offered the position of director of patient services. I knew that this was a place that had a heart for service. From the CEO through all the company, everyone knew that Avalon Hills was different and the difference served the patients.

I stayed a number of years until I felt it was time to retire. Age was creeping up. I did retire but not really. I moved to Phoenix and continued to travel back and forth to help wherever I was needed. Finally, the back and forth became so often that it was apparent that I was not really retired. We moved back and since I have become fully involved in the “paradigm shift” that will make Avalon Hills competitive in the new market we exist in.

Why Avalon Hills? Because it feeds my soul and it offers me the opportunity to offer what I can to others. It allows me to give freely without fear that what I am doing is simply feeding the appetite of some larger profit oriented company as is happening with so many other residential treatment facilities. I am at one with my calling and know that come the end I will have done my best to follow what I am called to do.